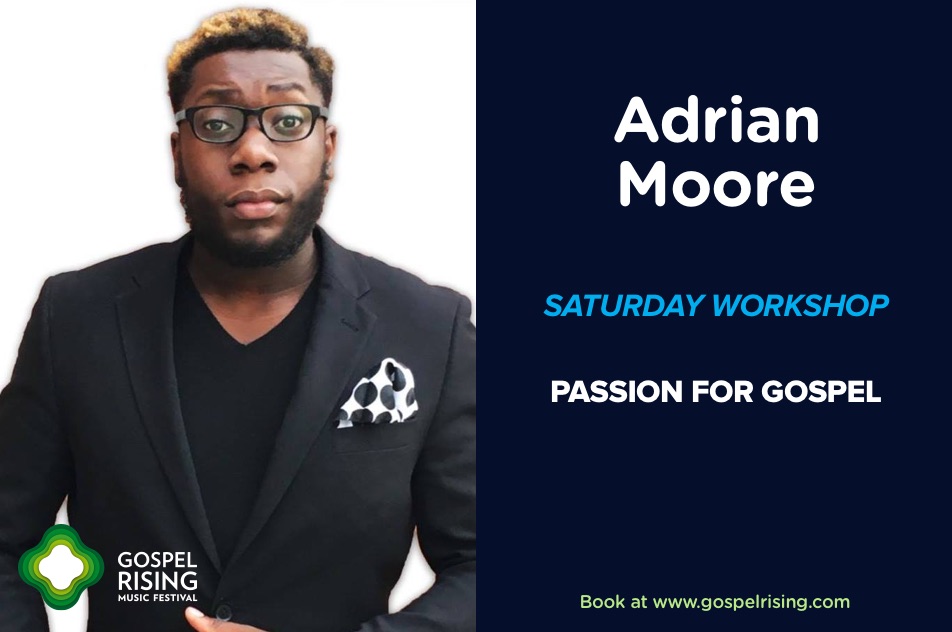 Adrian John Moore hails from Nottingham, and was raised in the Full Gospel Revival Centre church, where he began playing the drums at the tender age of 3. He later added to his repertoire keyboard and guitar, and has since become one of the UK’s most reputable musicians in the industry.

From there, Adrian has played in various arenas – both gospel and secular. He has toured the country and internationally with mainstream artists such as Stormzy, Gabrielle, Ray BLK, Wretch 32, All Saints, Donae’o and more, and has been privileged to produce some of the UK’s best Gospel projects. Adrian’s signature gospel sound can be heard throughout Volney Morgan and New Ye’s debut album ‘FOCUS,’ Midnight Oil: Live in Worship by Seth and ANT and their latest album- A New Thing Live, The Rock ‘Pentecostal Experience and the music of Becca Folkes.

It is the waves Adrian is making in UK gospel music that he deems most important. He is driven to put life back into what has been classed as a dying industry in the past, and his ultimate goal is to raise the status and the bar of the music produced in this country.

Not just a musician and producer, in September 2013, Adrian added to his hat company director of BOLD – Beating Obstacles, Living Dedicated. BOLD is a company that provides music production, educational workshops in schools, music management and artist development and MIM (Musiciains In Ministry).  In 2017, BOLD held our first ever conference- Grow Together, specifically for musicians, and facilitated by some of the best musicians in the UK and States. It was a tremendous success, and the event brought together a wide range of amateur, aspiring and professional musicians from around the country. Grow Together is coming back this September, and expanding further to include workshops catering to classical musicians and sound engineers.

Adrian will be facilitating two workshops on Saturday – Sing Hallelujah! and Lead Singers (leading your choir)