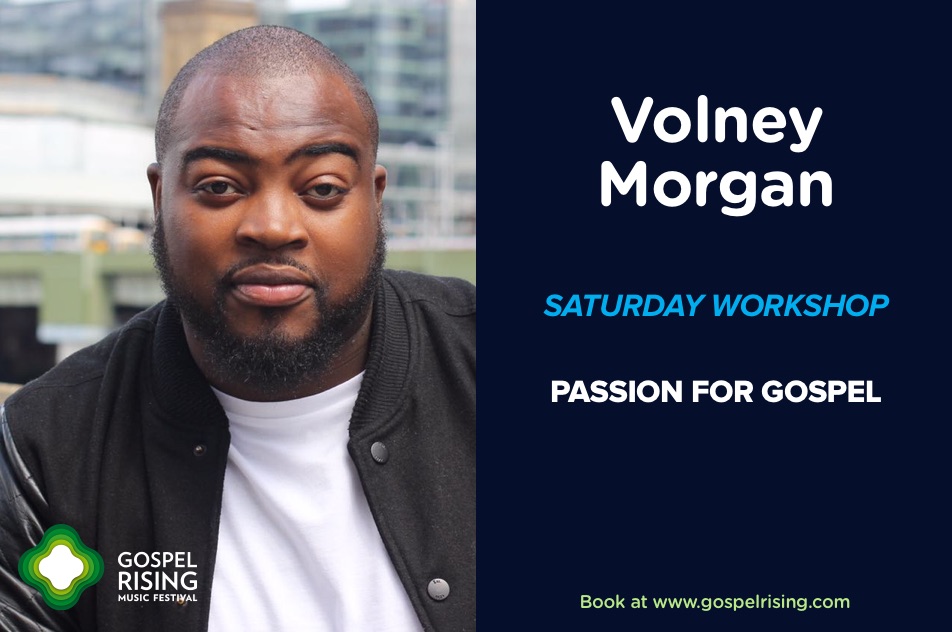 Volney facilitates various song writing, vocal and choir workshops, his unique style has helped choirs and aided the growth of a number of singers. With his ability to pull out what is in them and push them past their comfort zone to use their talent to its capacity. Volney has also had the privilege of sharing the stage with Tye Tribbett, Cece Winans, Kirk Franklin, Noel Robinson, Jason Nelson, Deon Kipping, Michelle Williams and more recently Travis Greene.

With his love for music Volney also established his own group back in 2006 called Volney Morgan & New-Ye, who are known for rhythmic sounds and dynamic stage presence. In 2017 Volney’s group VM & New-Ye won the Premier Gospel Award for ‘Choir Of the Year’ for the second consecutive year. With the addition of winning a MOBO Award and UK Entertainment Award for ‘Best Gospel Act’ 2017. They also released their latest project ‘Focus Deluxe’ which showcases a refreshing sound incorporating tradition, contemporary and urban styles of music.

Most recently Volney Morgan worked as the choir director for the gospel musical theatre show ‘Renew Ya Hallelujah’ with well know theatre director David Cameron. He was also a teacher at the International School of Gospel Music 2018 hosted in Denmark and will be returning this year. With his charisma and drive Volney Morgan continues to make a noticeable impact on gospel music.

Volney Morgan resides in London, England with his wife and son where is serves as the Senior Pastor of Alive City Church.